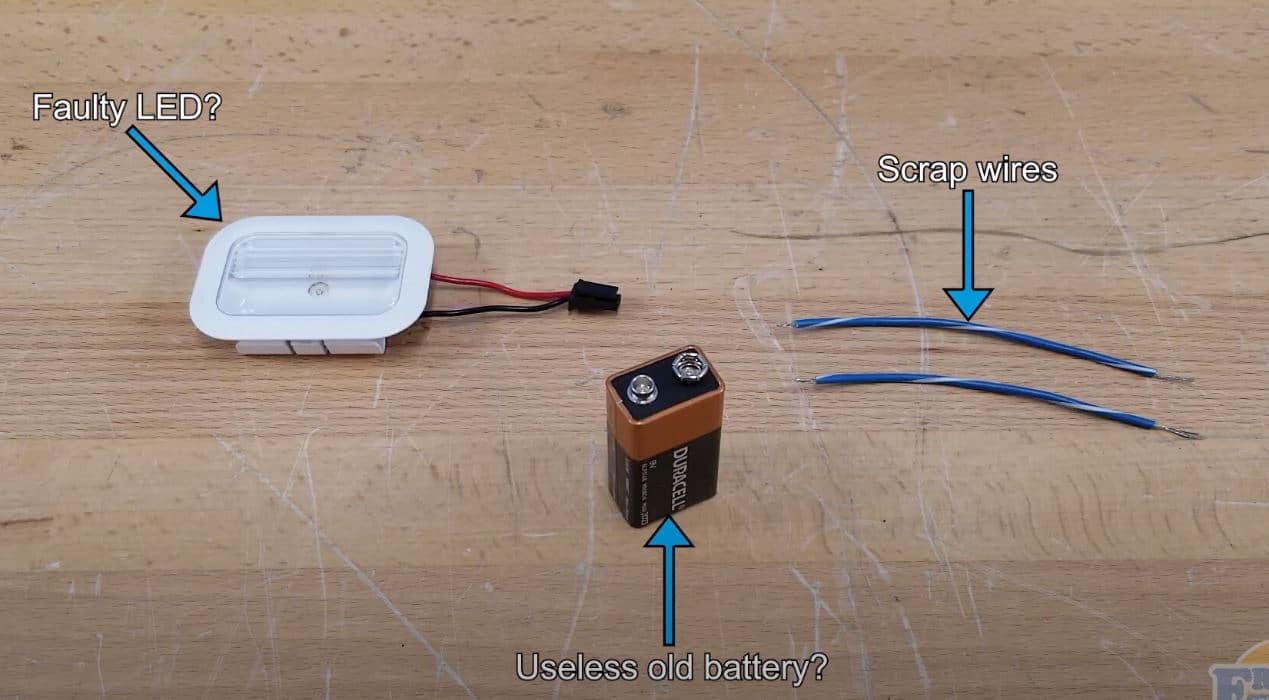 Wondering if that LED in your refrigerator is faulty? Grab a couple pieces of scrap wire, a useless old battery, and let’s find out.

Here we have a nine-volt battery that will no longer power my multimeter, but it still has a use. The battery itself is still putting out about 4.5 volts DC, which is ideal for testing refrigerator LEDs. Take two small wires and strip them on each end. One end should be stripped at about half the length of the other. Using the short end, insert each wire into the connector for the LED.

With the wires inserted, hold them in place and touch the positive terminal to the battery to one wire, and the negative to the other. Here we can see that the LED has lit up, indicating that it’s good. LED failure has been ruled out and door switch or LED driver issues are most likely the issue.